This tutorial intends to teach you the basics of Neo Blockchain Virtual Machine, usually called NeoVM (or NVM). NeoVM is a stack-based machine for processing Smart Contract applications (and also transaction verifications) on Neo Blockchain, inspired by many successful stack languages like Bitcoin Script, Microsoft CIL, Java Virtual Machine and, finally, the FORTH language.

FORTH is older of these languages, being proposed in 1970 by Chuck Moore, currently maintained by Forth Inc and many independent implementations, such as Gforth and also this nice website/javascript implementation by Nick Morgan called EasyForth. Stack languages have many practical applications, specially due to their simplicity, and easier verification for code correctness (specially on a deterministic environment such as a blockchain).

(*) If you are new on the Stack Programming world, we strongly recommend reading more on Stack Data Structure first. If you are curious on FORTH stack machine, we also recommend EasyForth tutorial.

A NeoVM program is called script (or NeoVM script), which is composed by several operations (called opcodes). Each opcode has a unique number and a unique name, in order to identify the operation. For example: opcode named PUSH1, number 81 (in hex, 81 = 0x51), generates the number 1; opcode named ADD, number 147 (in hex, 147 = 0x93) adds two numbers.

Let’s try it on practice! Type (don’t copy-paste) the following into the interpreter, typing Enter after each line.

What happened? Every time you type a line followed by the Enter key, the NVM opcode is executed (state HALT means that no errors happened during NeoVM execution). You should also notice that as you execute each line, the area at the top fills up with numbers. That area is our visualization of the stack. It should look like this:

Now, into the same interpreter, try the opcode ADD followed by the Enter key. The top two elements on the stack, 2 and 3, have been replaced by 5.

At this point, your editor window should look like this:

Type ADD again and press Enter, and the top two elements will be replaced by 6. If you try ADD one more time NVM would abort execution, because it will try to pop the top two elements off the stack, even though there’s only one element on the stack! This results in a FAULT state on NeoVM:

You can also write everything in a single line and press Enter:

Other useful push opcodes are push0, that pushes 0 to stack, and pushm1, that pushes -1 to stack. Values over 16 (up to 32 bytes) can be pushed in other ways (see NVM pushdata for more information).

This style, where the operator appears after the operands, is known as Reverse-Polish notation. Let’s try to calculate 10 * (5 + 2). You will need also need a multiplication opcode, which is called MUL (opcode number 149 = 0x95). Try the following:

The execution in NeoVM follows the order of opcodes in the given NVM script. This way, no parentheses is needed to perform any kind of arithmetic operation.

You can play with basic arithmetic operations:

Solution: result should be 1.

Finally, we perform the division by 3 and take the rest: push3 mod. Result should be 1.

Solution: result should be 5.

Try to solve it and make sure this is well understood before proceeding to next section ;)

In our web implementation of nvm-forth, we can use FORTH string push (instead of pushbytes or pushdata), which works in the following way:

The text is pushed in ASCII, which is equivalent to a sequence of bytes on NeoVM.

(*) one difference not covered here is that on NeoVM all byte arrays can be converted to integers, but here they are only used as text.

Next section: this invites us to a next section, string operations.

(*) this opcode and other string operators are still not implemented in this web mode for testing. See neo-vm for more information.

NeoVM inherits several operations from Forth language, specially those connected to stack operations. Let’s take a look at some of them.

dup duplicates the top element of the stack. Example:

drop removes the top element of the stack. Example:

rot applied a “rotation” the top three elements of the stack. Example:

In next sections, we will see stack opcodes that receive parameters from stack.

Solution: this can be done on two operations.

First, roll the 5-th element to the top stack.

Exercise: Is there any other way to do it, even if it costs more operations? (challenge: try to use tuck instead of swap)

NeoVM includes a double-stack design, so we need operations also for both the Evaluation Stack (which we’ve seen already) and the Alternative Stack.

On FORTH language, this stack is called return stack, and it is only used for loops and other temporary storages, since it also stores the execution return pointer. This limits the return stack usage, since loops can interfere in stack operations, that’s why FORTH also includes a global storage map. Although, NeoVM doesn’t have a global storage map, it can successfully execute operations only using two stacks and by using arrays as temporary storage (will be explored in later sections).

toaltstack moves top element (from Evaluation Stack) and moves it to the Alternative Stack. Example:

fromaltstack moves top element from Alternative Stack and moves it to the Evaluation Stack (the Main Stack). Example:

Exercise: Consider an altstack with value 1 (just run push1 toaltstack). What does the instructions fromaltstack dup toaltstack push5 add do? Try to re-write them with a small number of opcodes.

Arrays are fundamental tools for complex NVM scripts. They allow you to store indexed access, which is very useful to implement the behavior of local and global variables.

How do you create an Array?

Wait, what is this number pushed on stack? Our example considers 1578 (but it may be different) as it represents a memory pointer where to find the array (in local memory).

What can you do with an Array/pointer? First, you can push its size to stack. Example:

Note that the array is consumed during the process, so you may need to dup it before using this. Practice a little bit:

How do we store information on a array?

Opcode setitem consumes an Array pointer p, an index i and a value v from stack, and performs the following attribution: (*p)[i] = v. So, after that, value v is stored at index i of p, and nothing is put back on stack (note that array is consumed in this operation, remember to dup it).

How do we get information from an Array position?

Opcode pickitem consumes an Array pointer p and an index i stack, and puts back on stack the value stored at position i of the Array.

Exercise: Try to create a 2-sized array, and store values 10 and 15 in its first positions.

First step is push2 newarray, so you get an array on stack. Let’s verify its size, so perform dup arraysize and you should get 2 on top stack.

You can drop value 2 now.

Second step is to define the position and value to store on array for a setitem. Since array is consumed during setitem, we need to dup it first. So, to store 10 on position 0 (over existing array on stack) we do: dup push0 push10 setitem.

Looks like nothing happened, but trust me, value 10 is somehow inside this array pointer ;)

Let’s repeat the process for value 15 on position 1 (try to do it by yourself before proceeding):

Ok, a summary of what we have done until now:

Now, let’s play a little bit, and extract values from the array. For example, getting value at index 0 is easy using pickitem: dup push0 pickitem. We should get a nice 10 on top of the stack:

Let’s drop the 10 and try to get the value at index 1 (try by yourself before proceeding):

Next section: Let’s see how an Array can be useful for storing data on multiple stacks.

One interesting property of the Array stack item is its ability to allow side-effects, since it is a reference type (in constrast to the value types of Integer stack items).

When an Integer is copied on NeoVM, both become completely independent entities:

If you add one to the top integer, nothing will happen to the other one (in fact, a new integer is always created after any arithmetic operation):

However, when an array is copied, in fact, its pointer is copied:

So, this is called a reference type, because any change performed on top array will reflect automatically on the other array (remember last Array exercise on how pickitem and setitem work).

One pattern found in compilers is how they manage to pack and store parameters in local variables. Consider the following C# function:

Step by step, this is what happens:

First step, push2 pushed value 2 to evaluation stack (it will be used later on multiplication).

Finally, we need to store the result of 2*x1 + x2 back on x1. Opcodes DUPFROMALTSTACK PUSH0 PUSH2 ROLL SETITEM do the job.

Summary: to run the complete example, type this:

To check that result was actually stored on the array, just do:

NeoVM is a lightweight stack computing engine, used to interoperate with higher levels of Neo blockchain. Interoperability can be achieved by means of syscall opcode (code 0x68), that receives a interop command as parameter. This is implemented here as a string literal syscall".

Neo blockchain defines several interop calls, which are not available here in this simplified tutorial (just the NeoVM part is covered here). However, we illustrate such capability with some interop commands (just available in NVM Learn platform):

Neo.Learn.Notify" takes one element from stack and prints it on the web browser via alert system. A very interesting “Hello World” example can be done in the following way:

Note the space between s" and Hello World!", this is necessary for string parsing on FORTH stack language (used in this tutorial).

If you have a desktop-based browser, you can also try Neo.Learn.Log, which puts content on browser console log system.

Other interesting syscalls here are: Neo.Learn.Sleep, that reads an input from stack and sleeps during this given time (in milliseconds); and Neo.Learn.Random, that generates a random number between 0 and stack top value.

Example: try pushing 16 to the stack (via push16) and counting how many times syscall" Neo.Learn.Random" takes to make this value become zero ;)

A possible outcome is:

Time to have (even more) fun! Let’s use NeoVM to run a Snake game ;)

The code of the game is pre-loaded (which is somewhat large), and it contains instructions from both NeoVM and FORTH language (still an ongoing work to completely remove all FORTH opcodes). The game is originally made by Nick Morgan as part of the EasyForth tutorial.

The game works by binding some NVM local/global variables into graphics and key operations (in a similar way that Neo syscalls work).

To start the game you will need to call the start function (a FORTH definition). To achieve that, push string start to stack using s" start" and invoke it, via syscall" Neo.Learn.Call". You can use the arrow keys to move the snake ;)

This tutorial intends to teach only the basics of NeoVM, in a interactive way, but you can always dig more directly on NeoVM project. One important topic is not covered, but an explanation is given below.

Conditionals and loops are implemented on NeoVM via the use o jumps. Basically, a jump changes the current instruction counter and moves it to another position in the NVM script, affecting which operations will be read after that. Since this is not directly related to the stack execution model, it will only be covered in future tutorials.

This tutorial is a non-standard implementation of both NeoVM and also Forth language, which are both much more powerful than presented here. In special, the Snake game is a hybrid NVM/FORTH adaptation of the one proposed on EasyForth tutorial, and we are greatly grateful for this to be made available on GitHub. If you are a Forth or NeoVM expert, feel free to contribute! 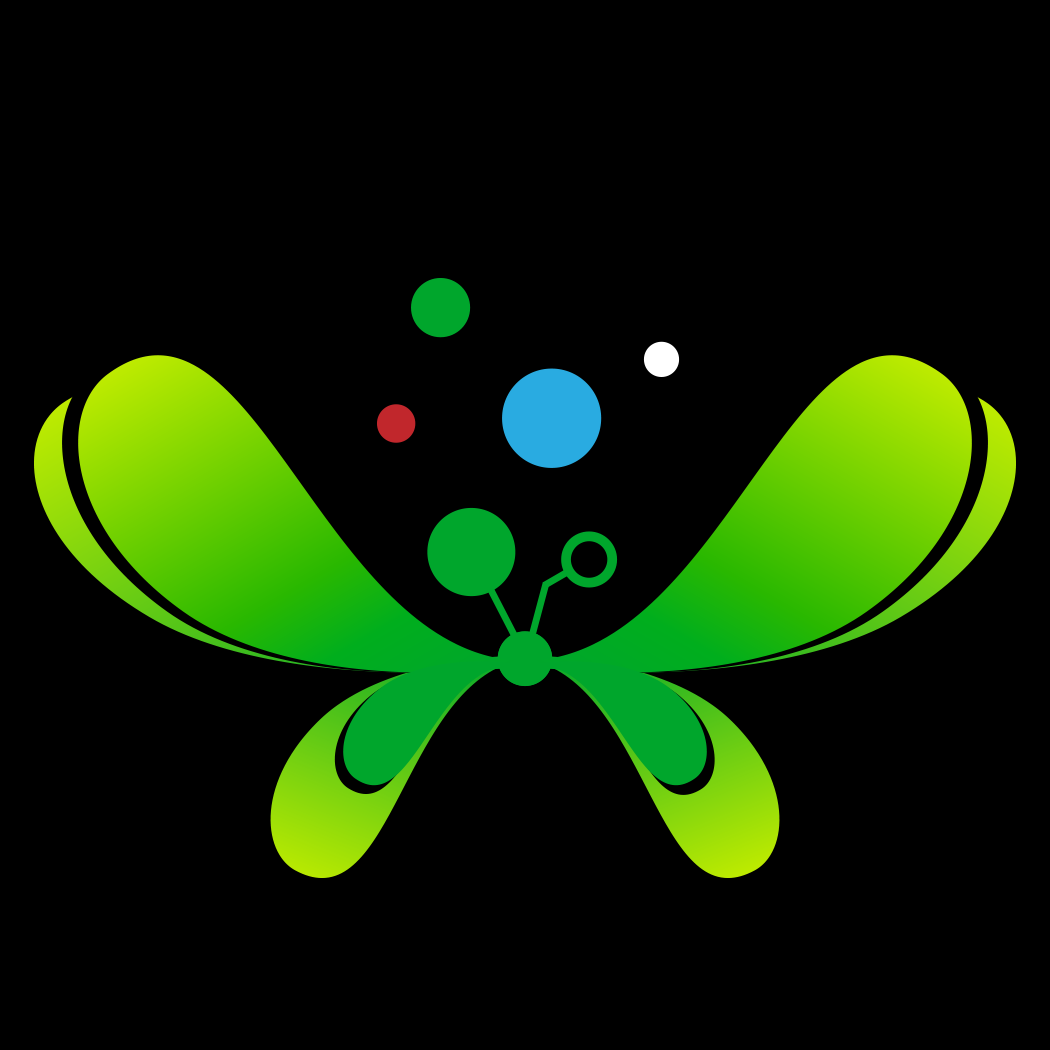